You are here: Home / Lifestyle / Our 10 Year Wedding Anniversary in Los Angeles and Las Vegas

Our trip to Los Angeles was a LONG time coming! Originally, we planned on heading to LA for Taylor Swift’s Lover concert… but we saw how 2020 turned out. In June, traveling had started to open up a little bit , so over a round of beers we decided to head to the US for our 10th wedding anniversary. Since it was our 10th wedding anniversary we decided to go big, and LA and Las Vegas were perfect destinations for us and the pups to relax and adventure. Buckle up, this is a long post with tons of photos!

Both hotels were dog-friendly. Encore WAS dog friendly when we booked our trip, but when we showed up apparently they stopped their dog program after a few months, and upon writing this post, the program is discontinued. This is a real disappointment, but we’re so happy Mia and Louie got to experience the Wynn and the Encore.

We loved staying at the Fairmont Miramar in Santa Monica. It’s in a great location, and we loved the aesthetic and customer service there. The Miramar is now one of our top 10 favorite hotels ever.

We had an early morning connecting flight to Vancouver, and grabbed breakfast at one of the restaurants at the airport. We flew into Las Vegas, picked up our rental car, and drove straight to Santa Monica. The pups did amazing on the flight. I watched Soul and bawled my eyes out. It’s my new favorite movie (I watched it on repeat and then watched it on the way home too). We stopped by In-N-Out to fuel up before our drive.

When we rolled up to the Miramar, we were greeted with the most amazing service. I had my doubts because we had a pretty terrible experience at the Fairmont in Whistler earlier in the summer. But obviously, the Miramar was a completely different Fairmont property, and we were treated so well. We had been following the Miramar’s social channel and were eager to check out Soko sushi. They are only open certain days of the week, and the night we arrived was the only night we would’ve been able to go while we were visiting.

Once we got checked in and settled, we hurried down to the lobby and were able to grab a couple of seats at the bar. We thought we knew good sushi after living in Vancouver for a number of years, but this was on another level. It was late so we didn’t want to eat too much, and this was really the perfect meal after a long day of traveling and driving.

The next day, we thought we would go for a ride along Santa Monica beach, and grabbed a couple of hotel bikes. We ended up cycling quite the distance and stopped in at Playa Provisions for matcha lattes. The weather was absolutely perfect. We had dinner plans at the Girl and the Goat but thought that we should have a quick snack since the reservation was a little later in the evening. We stopped in at Shack Shack, because when in California, you have to!

Our friends made the dinner reservation for the Girl and the Goat. We had eaten at the Girl and the Goat in Chicago, so we were pretty excited to check out their location in LA. Dinner was absolutely exquisite. It is tapas-style, but we decided to order dishes per couple so that we could observe our allergies and intolerances, and our friends could enjoy whatever they want. The star of the meal was the Grilled Whole Branzino. It had blueberries on it!! It was served “Thai sweet n’ sour” style, and it was mindblowing. After dinner, we stopped by the Dunphy house from the show Modern Family and Ola Volo’s mural at Level.

We had a pretty chill second day in Santa Monica. We had breakfast at Fig and then went shopping for new clothes for our photoshoot later in the evening. The evenings in Santa Monica ended up being a bit colder than I expected, so I wanted to pick up a long-sleeved top to go with my pants and our second look. Our friends recommended that we needed to have some lobster rolls while here in the area, so we went to check out Broad Street Oyster in Malibu. We stopped at the beach after to dip into the Pacific Ocean. Separate post here.

When we got back to the hotel, we went to go check out the lobby bar. The entire hotel is dog-friendly, so it was so lovely to be able to bring our pups everywhere. The only place pups weren’t allowed was in the pool. We sat beside the waterfall which had coy fish in it. I absolutely love the aesthetic of the Miramar. It has midcentury vibes and is filled with plenty of tropical plants.

After our little happy hour, we got ready for our photoshoot. Our photographer, Dipan, suggested that we shoot in the Venice Canals. We weren’t sure what to expect but had faith that since we were hiring a local photographer, he would know best. I’m so glad we put our full trust in Dipan because our photos turned out beautifully. We ended the shoot on the beach, and I got my beachy, dreamy photos. (Here’s the post and gallery). After our shoot, we went to Gjelina for pizza.

On day 3, we had breakfast at Fig and hung out at the pool for a few hours with the pups before heading out to Vegas. Before we blew out, we also had lunch with a friend at Playa Provisions.

We were super excited to take our pups to the Wynn and Encore because it’s one of our favourite hotels and we got married there. We decided to bring the pups on the trip because the Encore was dog-friendly at the time of booking. It was incredibly frustrating to find out when we checked in, that they were honoring our dog reservation, but the program was over. It had been advertised for maybe a month. The check-in and evening ended up being quite disastrous, which was such a disappointment because this was not the level of service we had become accustomed to at the Wynn/Encore. We turned in for the night, but not without one last hiccup.

GOLF DAY. We had breakfast at Terrace Point Cafe and then headed out to play golf. Honestly, it’s going to be a long time before we play a round of golf that tops the experience we had at the Wynn Golf Club. We had a caddie! We got personally engraved bag tags! There were industrial fans on some of the greens to keep golfers cool! We had views of the Strip! It was incredible. We had to make a whole separate blog post on golfing at the Wynn. After golf, we walked over to Resorts World for a late lunch. Resorts World had just recently opened, and we wanted to check out the Googgle Man Char Kwey Teow stand. The Char Kwey Teow was awesome. Then we went to the pool for a bit before heading to Lakeside for dinner.

This was 10 year anniversary day! We had breakfast at Jardin, and then went and hung out at the pool most of the day. Late in the afternoon, we enjoyed the company of our pups and had champagne in the room. For dinner, we had planned to go to SW Steakhouse. We had our rehearsal dinner there 10 years ago, and we thought it would be the perfect 10-year anniversary meal. They even had the chili-rubbed ribeye steak on the menu after all these years, so we obviously ordered it. We had cocktails, wine, and ordered too many sides. It was absolutely delicious, and a perfect meal to celebrate our 10 years.

After dinner, we planned on visiting the new “modern-day supper club” Delilah for a nightcap, but there was no available seating or tables available so we ended up browsing The Shops at Wynn and Encore. There were so many of my favorite brands here, it was great that we didn’t even have to leave the property to get some good shopping done.

Pool and spa day! We got in some more pool time, manicures and pedicures, and then hung out at the Encore Spa. I prefer the Spa at the Wynn because there is a co-ed relaxation lounge area where you can hang out with your partner of the opposite gender. Otherwise, the Spa at the Encore was still really nice. I went between the hot and cold pools and relaxed on the heated stone loungers, but I enjoyed the deluge waterfall showers the most.

After the spa, we went to Wazuzu for dinner and enjoyed really good people watching for our last night in Vegas. The next morning, we spent it relaxing and packing up to go home. We went to In-N-Out Burger one more time before dropping off the rental and making our way home. The trip home was not as smooth, because our plane was delayed upon departure and so many of us missed our connection in Calgary. We ended up having to stay the night but eventually made it home. Overall, this was a dream of a trip, and one for the books! 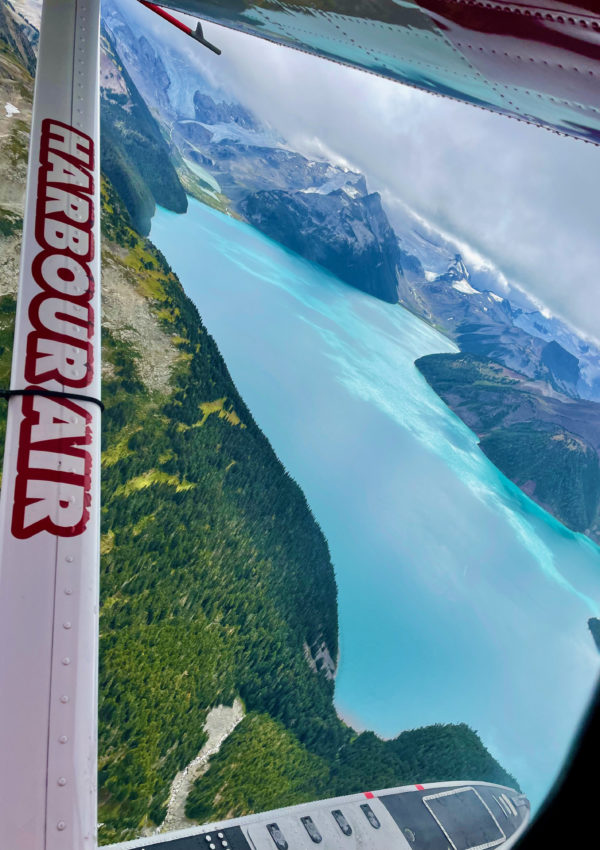 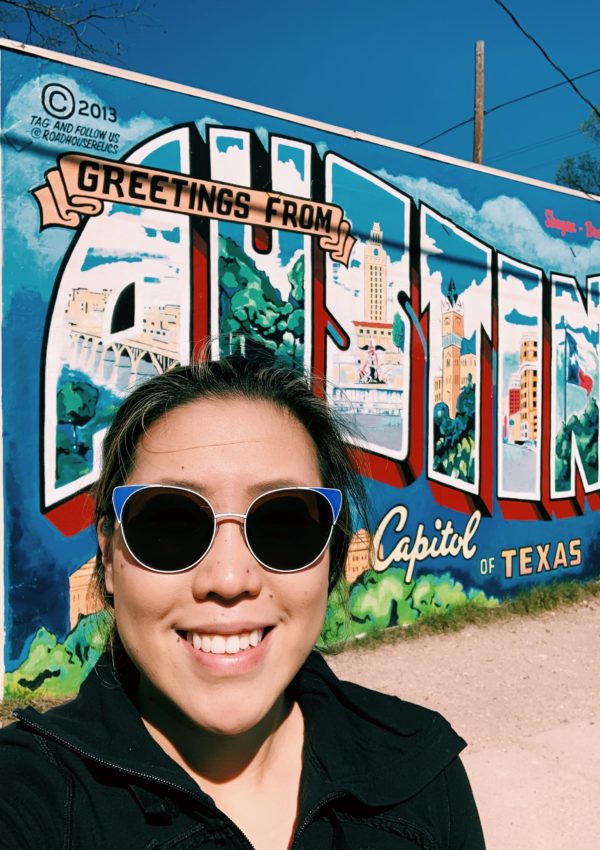 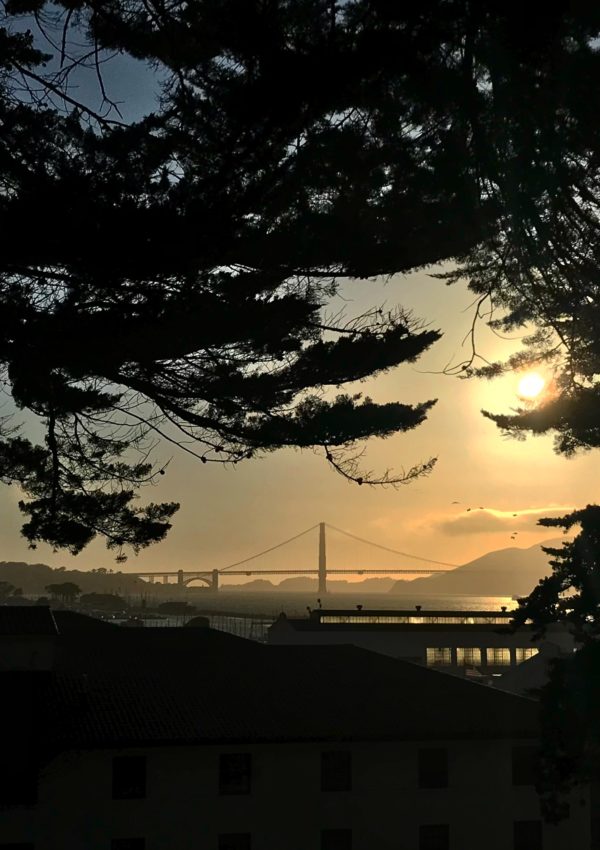 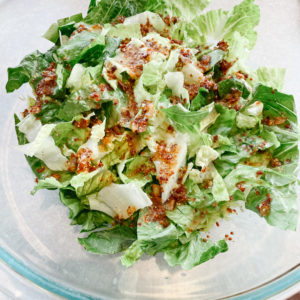