SeaWheeze lives up to all the hype. It’s a weekend experience full of running, yoga, and partying. We are big fans of the overall experience, and will always be putting our names down for this weekend. It’s tricky to get in since SeaWheeze entry is based on a lottery. It used to be first come first serve, and then moved to this bizarre lottery system. Unlike other race lotteries, you don’t have to put your credit card details in, which I think means a lot of people put their names down and then bail when they win the opportunity to register. Justin got in for 2019, and while I didn’t get a chance to run, I had an equally fun time spectating Justin and fellow runners. Here is our latest SeaWheeze race recap.

There is a wristband system at SeaWheeze and you are supposed to register in advance for when you want to pick up your package, as well as shop the Showcase Store. I used to think the shopping was a tad ridiculous, because what could they possibly be selling that has people camping out in the street overnight? However, I got the chance to shop last year with some friends, and I totally get it now. It’s actually quite fun, there’s tons of cute and limited edition merch being sold, as well as the very coveted reflective gear.

The organization for the reflective gear was absolutely ridiculous. In my experience, all you had to do was show up early, and then head straight to the reflective merchandise booth. This year, they handed out cards with specific names on it in the lineup. And they would call out specific card names throughout the morning. The premise was to allow shoppers to browse at other merchandise, instead of waiting in line for reflective gear and missing out on the other items throughout the convention center. It just didn’t make sense in my opinion, but I’m grateful for my loving husband for enduring that ordeal and picking up some cute things for us.

Package pickup was pretty straight forward after the shop. So nothing much to really write about. Justin came back to the hotel and we went for breakfast.

We had Kintaro ramen for dinner, and then went to Thierry for dessert. They didn’t have mille feuille the last time I was there, and we were really happy to be able to pick some up this time. There weren’t any places to sit inside or on the Thierry patio so we headed back to the hotel to eat our treats.

We stayed at the Fairmont Hotel Vancouver. And it is my new favourite hotel in downtown. It’s dog-friendly and much closer to all the activities than the Sheraton. The race started at 7am, and we rolled out of bed around 5:15-5:30am to have some coffee. The weather was overcast, so Justin wore a Lululemon shirt, his SeaWheeze race shorts, Salomon hydration vest for water and to carry his phone, and ProCompression socks. We walked over to the start line, and puttered around a little bit. We saw our friends Richard and company, he and his/our friend Carmen is the whole reason why we got into SeaWheeze. And then after they headed off on their way, Justin got into the corral.

I decided that I wanted to be able to take some pictures of Justin on the course just after the start. So I headed past the start line arches and towards Hastings and Burrard. There was a bunch of huge construction trucks that lined the right side of the course, and I just realized as I’m writing this that I think it was set up that way for crowd safety — which I really appreciate.

Since we got up so early, I headed back to the hotel after the race start to take the doggos out and feed them breakfast. I assumed the hotel had hotel bikes and I had this great plan that I would be able to use one to go catch Justin on Burrard Bridge. When I headed down to the Concierge, they said they had no bikes left so walking it was.

When I checked the race tracker within the Lululemon app, I saw that Justin was making incredible time so I booked it down to Burrard Bridge. I cheered for a bit, and when I checked the app again, it appeared that Justin had already passed! So I ran down Pacific, cut down Denman to hopefully catch him at the 20km mark. I never ran so fast. When I finally got to my spot and cheered for runners. I realized that there was an error with the map. I was spectating the same people who I saw at Burrard Bridge, and they were not quite elite, but I knew they were pretty fast racers. I even saw a couple people I knew.

Then I realized my error. The race tracker was off! For SOME reason, I believed the race app instead of other trackers we use. Race trackers NEVER work. They’re not accurate, and I really should’ve known better. And I was under the impression that Justin was making killer time. The time it was predicting could be something he could pull off and I believed it. I realized that if I had waited longer at Burrard Bridge, I would have definitely seen Justin coming over. Anyway, I saw my friend Niles, and not too long after I saw Justin. Because of the way the seawall is set up, I actually got to grab a few photos over a few spots.

The finish line wasn’t too far to go, so I told Justin I would meet him around the Convention Center. The nice thing is there are a ton of places for spectators to watch for their racers. Runners then get their medals, and their finisher hats, and proceed up the ramp toward to the Convention Center, where they can grab brunch and head inside for post race activities like massages.

The race ends pretty close to the start, which again is awesome because we were staying in the area. We walked right up Burrard street back to the Hotel Vancouver to clean up and get ready to head back home. We had to skip the Sunset Festival because we had other plans that we needed to make. We’ve been to the festival in years past, and they are a blast. Outdoor yoga and a concert is an amazing way to end SeaWheeze. We didn’t believe it for years, until one of our friends convinced us that SeaWheeze was worth the price of entry. And we are so glad we finally listened! We’re definitely going to always put our names in for the SeaWheeze lottery.

We went for our favourite Chinese food in North Vancouver before we left, of course! Ming’s Garden is the best. And that basically wraps up how we did SeaWheeze weekend. We hope you enjoyed this SeaWheeze race recap.

Did you race SeaWheeze 2019? Have you run in other years? What was your experience like? 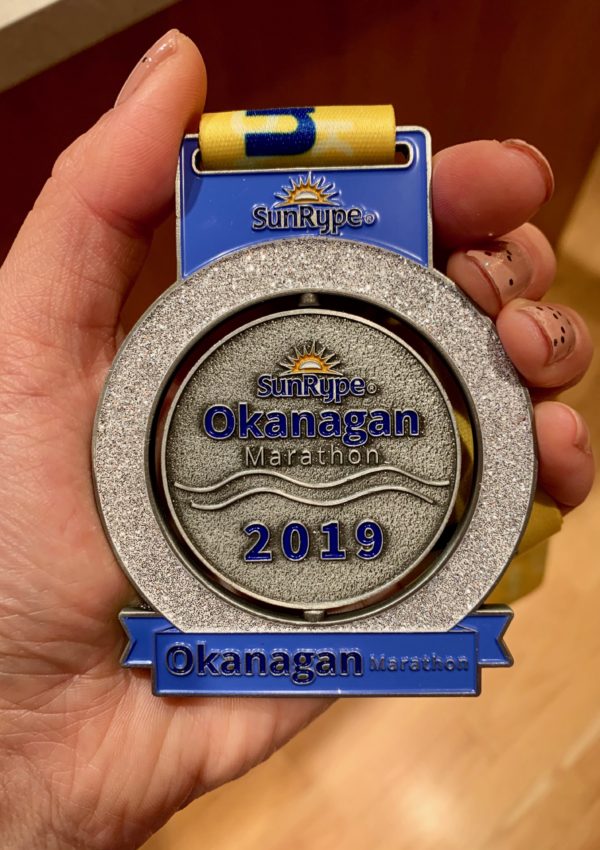 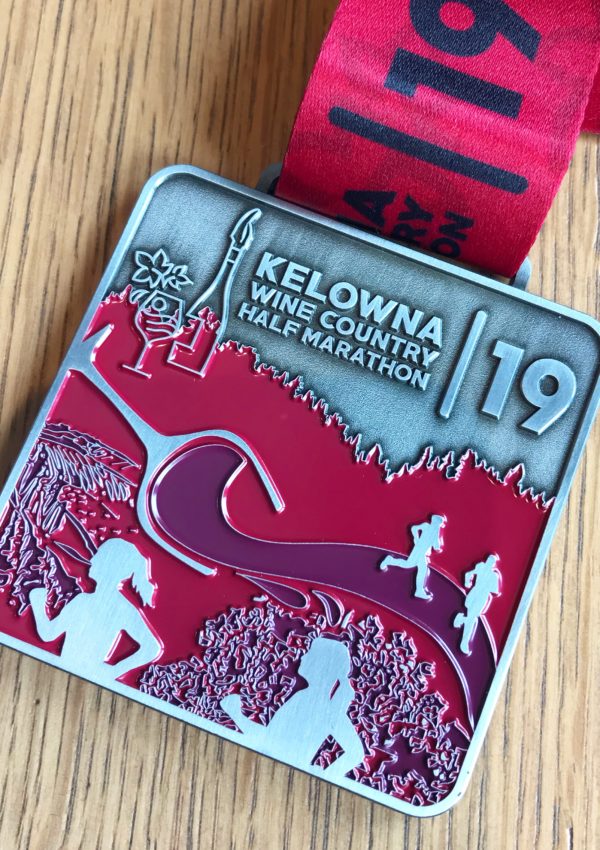 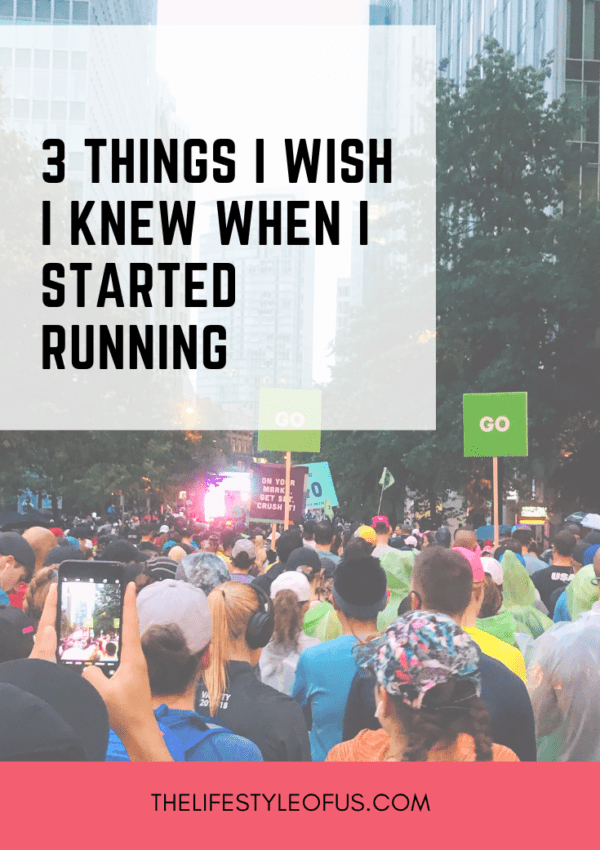 3 Things I Wish I Knew When I Started Running 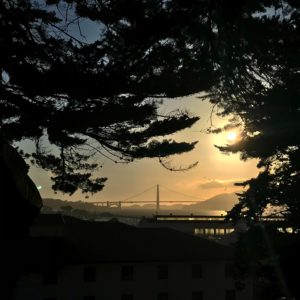